MVP plastic surgery clinic is one of Aesthetic rhinoplasty clinic which is located in Gangnam at Korea.

Nose job is a surgical procedure to reshape the nose.

MVP usually ask patients to bring photos of themselves to highlight their aesthetic concerns for consultation.

And also ask patients to bring photographs of noses as a sample to check what they want.

It is important that both the surgeon and patient have a clear understanding of the desired outcome from the nose job procedure. 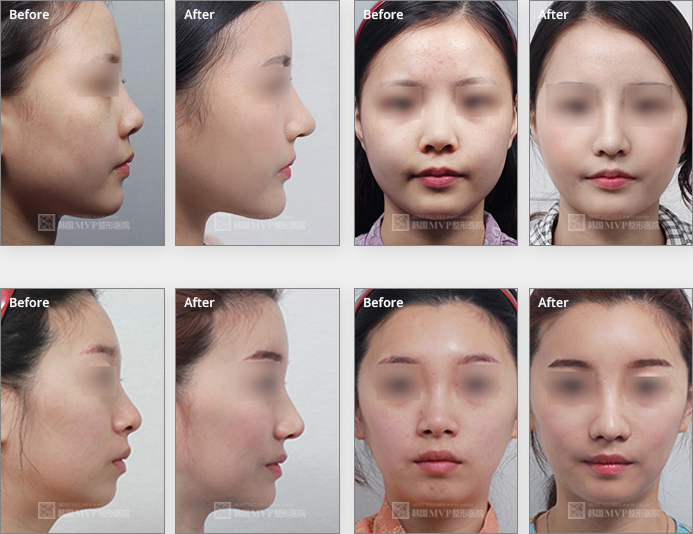 One of the most difficult in rhinoplasty is the correction of short nose.

The Key to improving the short nose is having adequate support to maintain the nasal tip in its new counter-rotated position.

There are several cartilage grafting techniques that can be used to creat the proper internal nasal structure to allow a rhinplasty surgeon to counter-rotate the nose and maintain it in this new position.

Septal extension grafting is the most performed technique involves using a portion of septal cartilage to lengthen the front edge of the nasal septum.

The cartilage graft can be made wider where it attacheds to the tip allowing the tip to be pushed further downward, creating a more counter-rotated appearance.

: Reducing the size of the lower lateral cartilage on each side to create a smaller, less bulbous tip.

: Managing the bulbous nasal tip involves use of cartilage grafting to reshape the lower lateral cartilage.