Medpor is porous polyethylene which has many pores that tissue grows in.

Thin sheet of Medpor is commonly used as septal extension graft, columellar strut, and splinting graft of the septum.

Sometimes it is used as dorsal implant, too.

Common problems of Medpor used for rhinoplasty are bad smell from the nasal cavity, hard and painful tip, extrusion of implant, and infection.

Removal of implant is the only solution for these problems.

As tissue grows into the pores, removal is sometimes difficult, but it can be safely removed in most cases.

Important point is maintaining the septal support or tip support after removal.

After removal, often the septum or tip cartilage is weak with loss of dorsal or tip height, needing support with autologous cartilages.

Below is a case of Medpor removal. She complained of overly projected tip with stiffness and pain.

From the surgical photo, you can see the L-strut made with Medpor.

After removal of Medpor, septum was reconstructed and tip and dorsum was also restored.

More natural tip and dorsal line was obtained after removal.

Her tip pain disappeared and the tip became more soft. 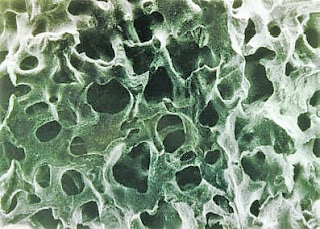 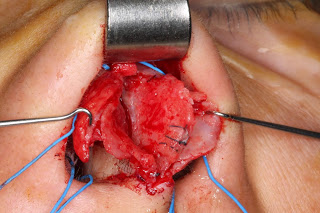 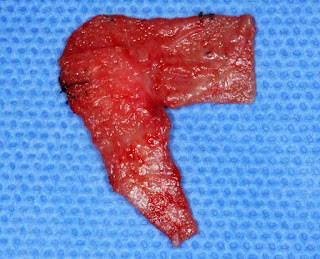 This article is wroten by Dr. Jin Hong-Ryul