What is chin tip surgery ?

If occlusion is normal but chin tip is too long or too short, or the chin is moved inwards or protruded it is the surgery to correct it.

Proper method of chin tip surgery is chosen according to chin’s length, width, direction and line, and there are methods like osteotomy or implants. 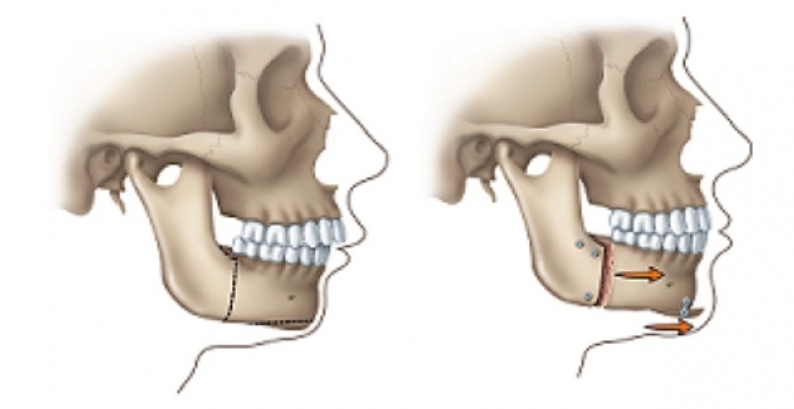 Retrognathia is a condition in which one jaw is set behind the other at a longer distance than typical. It is classified as a type of malocclusion, which is the misalignment of the teeth that is caused by the abnormal positioning of the jaws. Retrognathia is also called retrognathism, and it can be categorized according to which jaw is affected.

The human jaw consists of the maxilla and the mandible. The maxilla is formed by two bones fusing at the roof of the mouth, thus constituting the upper jaw. This structure holds the row of upper teeth in place. The mandible, which has the shape of a horseshoe, constitutes the lower jaw and secures the lower row of teeth.

The mandible is more frequently affected by retrognathia than the maxilla. In such an instance, the condition is called mandibular retrognathia. This means that the lower jar recedes to the point when it is too far back in relation to the upper jaw. Conversely, maxillary retrognathia involves the recession of the upper jaw, pushing it behind the lower jaw.

Mandibular retrognathia is commonly but erroneously classified as an overbite. The term overbite refers specifically to the front teeth of the maxilla overlapping that of the mandible. It does not refer to the mandible being set too far behind the maxilla.